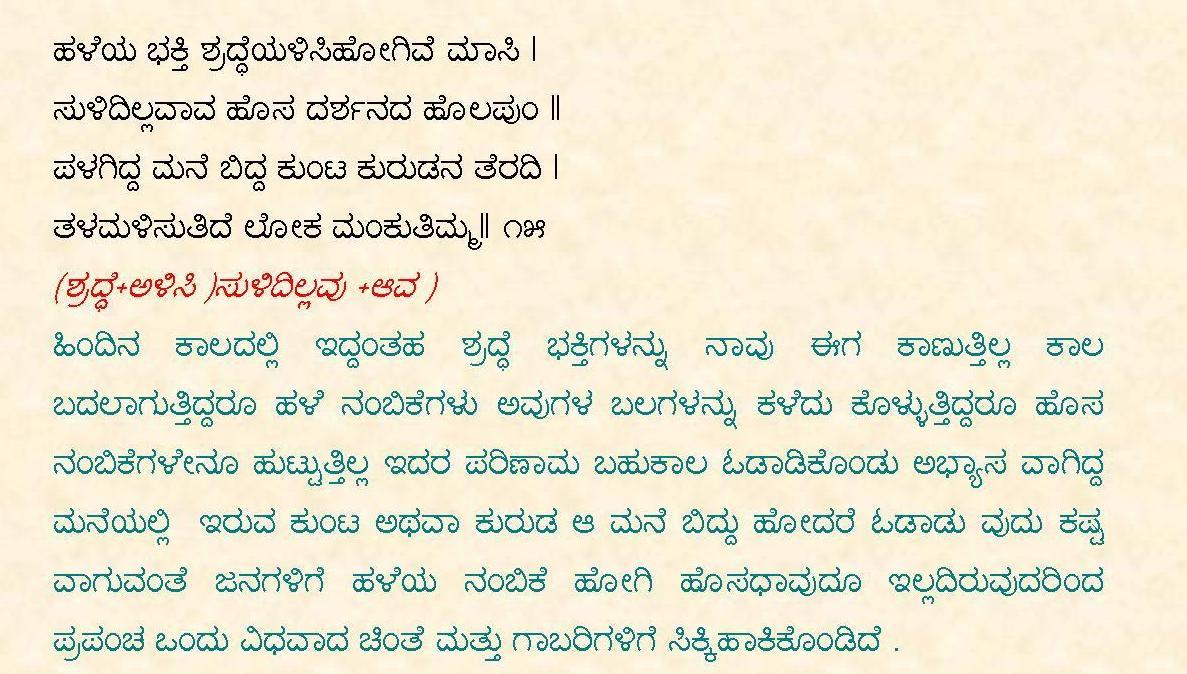 Translation in English:   O! Mankutimma, all the old faiths and beliefs have faded. No new bright ideas have come by. The whole world is anxious - just like a blind man with just one leg finding his home collapse - that home which he was so familiar with.
Posted by Unknown at 10:08 PM 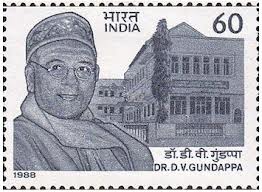